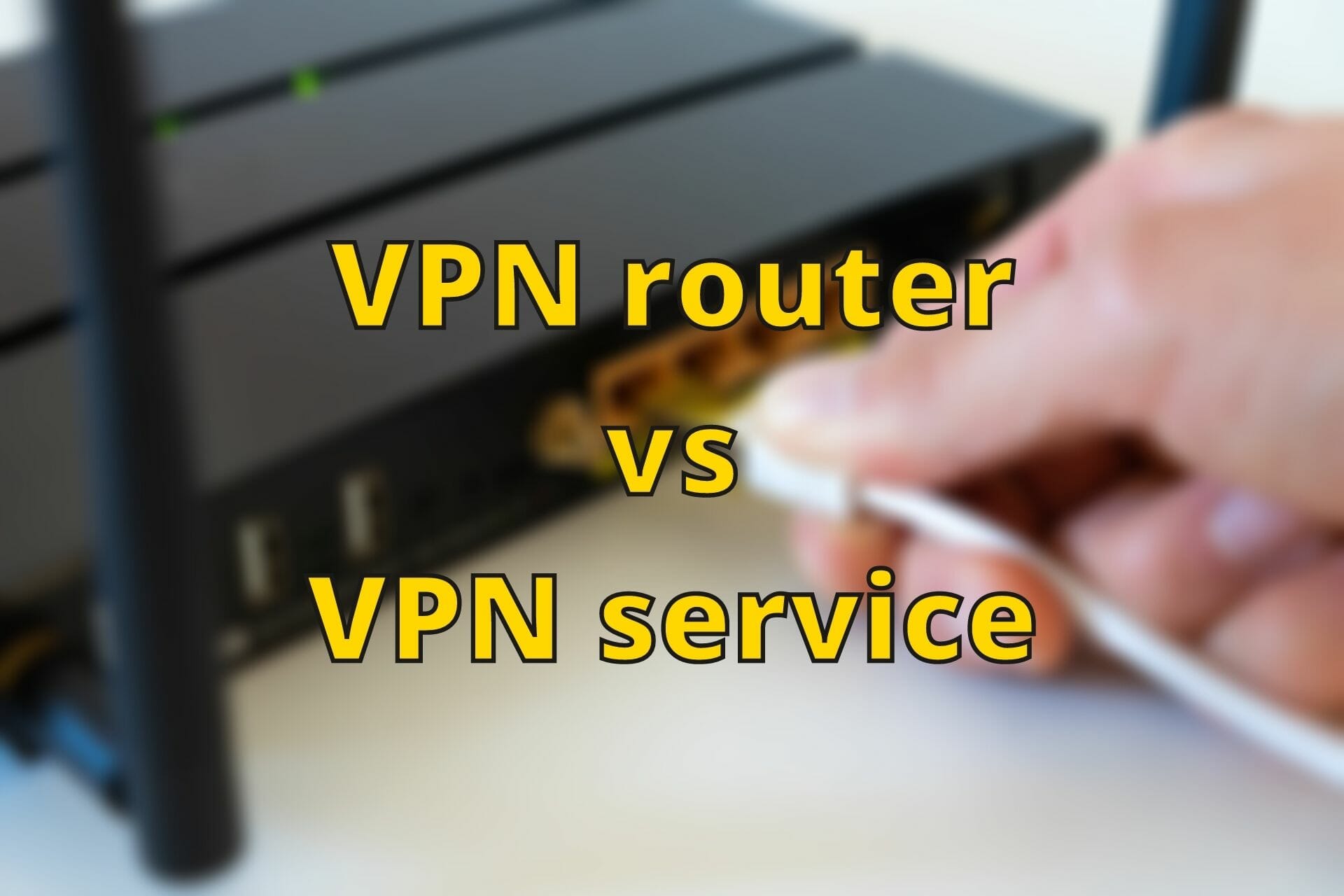 Nowadays, with the recent uprise in cyber attacks and privacy breaches, having a VPN is paramount.

However, end-users always end confused considering there are so many different types of VPNs they can use to protect their privacy.

For instance, many fail to understand that VPN routers are not the same as a VPN service.

One of the main differences between these types of VPNs is, in fact, the very device you can set them up on.

Not to worry, though; in this guide we’ll walk you through the differences between VPN routers and VPN services.

That way, you’ll be more informed and ready to make a better decision when it comes to your personal privacy.

What is a VPN router

A VPN router is still a VPN, but it’s meant to be used by an entire network, as opposed to personal VPN services.

After being deployed, a VPN router shields the entire network’s privacy from prying eyes.

Depending on the VPN that you choose to install on the router, you may benefit from additional features, so as to make up for the lack of personal control.

Once a VPN is installed on a router, it actually replaces the router’s firmware so it can assume full control of the network.

The network administrator can change or toggle certain settings such as the server location, kill switch, or split tunneling.

It goes without saying that you won’t be able to make any modifications, but that could actually be a good thing.

With a standard VPN, you may need to remind yourself to launch it and connect to a secure server.

A VPN router is always on, and applies the same settings to all the devices connected to the network.

If the VPN supports it, you can make sure to exclude certain devices from the VPN’s protection by using the split tunneling feature.

How to set up a VPN router

Contrary to popular opinion, you can’t just install any VPN on any router.

Therefore, you’ll have to find a router that supports VPN apps (recommended) or one that supports manual VPN configuration (less secure, less features).

If you’re at a loss, check out our recommendations for the best VPN routers you can buy.

At the same time, you’ll have to find a VPN that can handle being installed on a router.

Depending on your router and VPN of choice, the process of setting a VPN router up can be wildly different.

For instance, some VPN providers (such as ExpressVPN) offer custom firmwares you can flash on your router.

On the other hand, you can also try to grab configuration details from your VPN and attempt to load them on your router, as we explained in our comprehensive guide.

Note that the VPN router setup process depends on the model of your router, so unfortunately there’s no silver bullet for this.

What is a VPN service

When we say VPN service, we mean a VPN service that you can install on individual devices and use it on a per-person basis.

Therefore, any VPN that provides you with an app, a client, or a configuration file for your personal use could fall in this category.

With VPN services you have full control over everything that the VPN does for your device and on your network.

Depending on its capabilities you can toggle a kill switch, enable split tunneling, change location, or turn it off altogether.

Since you’re using it on your device only, it won’t have any impact on your network and other users connected to it.

Additionally, it’s infinitely easier to install and configure a VPN service than a VPN router.

Considering that many VPN providers support multiple connections on the same account, you may not even need a VPN router.

However, if you have more devices you want to connect than the provider can accommodate, you may need to switch to a VPN router.

Which is better, VPN router or VPN service?

Truth be told, there’s no right answer to this question, as it strictly depends on your needs.

If you have a handful of devices that need privacy protection and added security, you can safely go with an individual VPN service.

VPN providers can usually cover at least 5 simultaneous connections on the same account, so as long as you don’t have a lot more devices, you should be fine.

The plus side is that an individual service is easier to install and can be re-configured at any time.

On the other hand, having a VPN router means that your entire network is protected 24/7 and there’s no need for you to interact with your VPN so often.

You just set it up, configure it according to your needs, and just leave it running in the background.

Unfortunately, setting up a router VPN takes more time and requires that your router can handle VPN apps or manual configuration.

All in all, having a VPN is highly important if you plan on keeping your online whereabouts private, away from prying eyes.

Whether you choose to install a VPN on your router for network-wide protection or just use it on your device, it can and will greatly enhance your privacy.