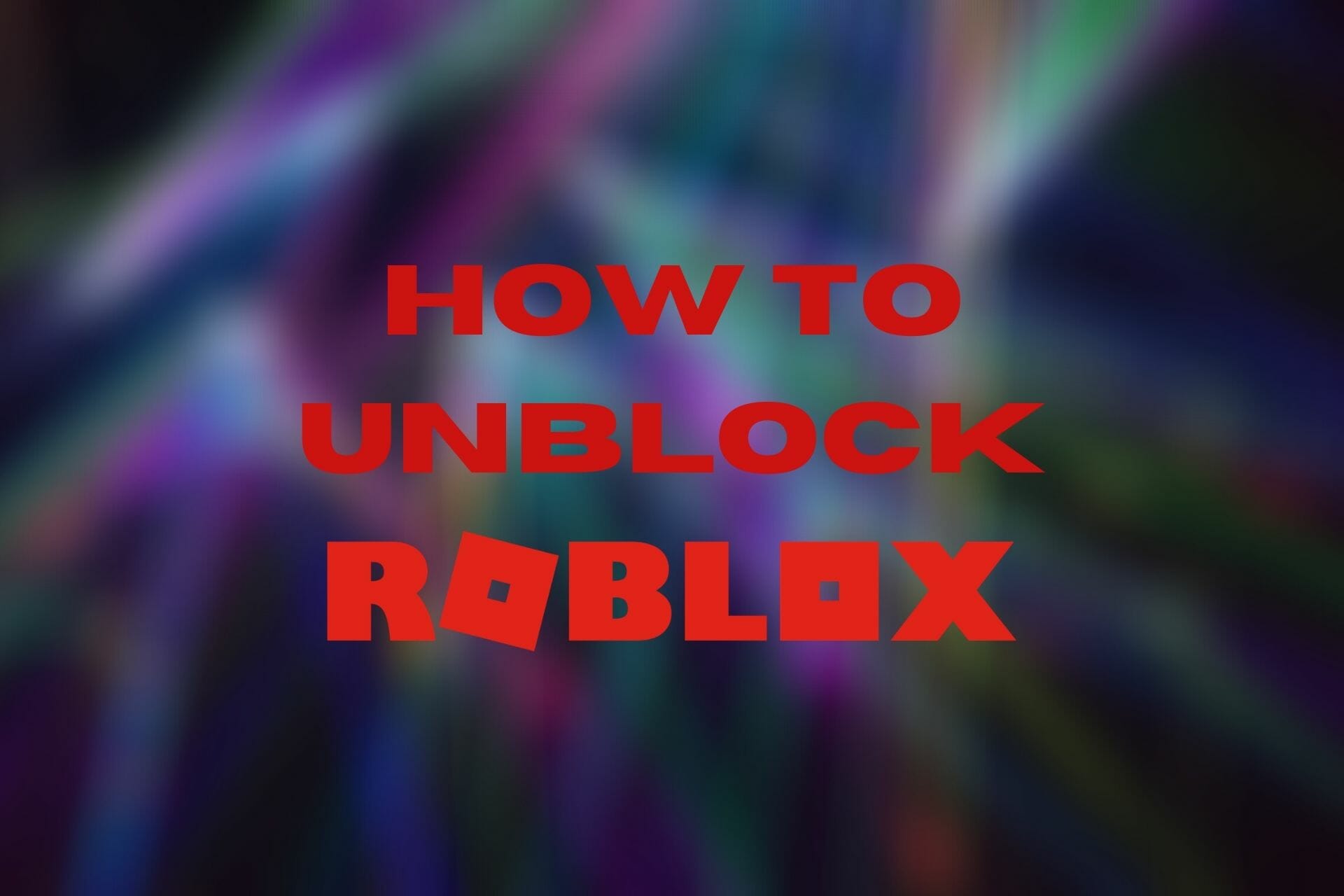 Roblox is a popular online game platform where you can play or program games in a fun way.

It’s possible to play your own creations, but you can also play the games of other users.

As awesome as that may sound, you may discover that Roblox is not accesssible from your location.

This could mean that Roblox is either restricted by your network administrator or geo-blocking prevents you from accessing it.

It could also mean that you’ve been banned, but that’s pretty much straightforward; you’ll see that your account has been banned or deleted altogether, which you could easily bypass by simply creating another account.

However, for the rest of you who haven’t been banned and still can’t access Roblox, check out our guide on how to unblock it.

How can I unblock Roblox?

A VPN is, without a doubt, the most popular way to unblock Roblox and other geo-restricted content.

Furthermore, it also works great if your ISP or network administrator restricts Roblox on your network.

For instance, if you’re connected to a school or library network, you may not be able to access Roblox without a VPN.

The same applies if you’ve been IP-banned from Roblox and need a clean slate.

Private Internet Access is currently one of the best VPNs on the market that offers a wide range of features.

Aside from circumventing geo-restrictions, PIA can also help you protect your privacy without significant efforts.

It features more than 29,000 servers worldwide, making it easy to switch servers if something goes amiss.

Looking for a trustworthy VPN to help you unblock Roblox? Private Internet Access may be just what you need.

Smart DNS is a technology similar to VPNs, in the sense that it can easily mask your physical location.

The way a Smart DNS proxy works is by replacing your ISP-assigned DNS with a private one, from a location you choose.

It also strips your requests clean of all location-revealing data, so Roblox would have no idea where you’re really at.

However, a Smart DNS provides you with no privacy protection, since it won’t change your IP nor encrypt your traffic.

On the other hand, no encryption means that it won’t take a toll on your connection speed.

In fact, as opposed to a VPN, a Smart DNS won’t slow down your connection by one bit.

Therefore, if you want to unblock Roblox and you’re not concerned about your privacy, a Smart DNS may be more suitable to your needs.

Proxy servers have been known for their ability to hide your online identity, along with other identifiable data such as your location.

The way a proxy server works is by routing your traffic through itself, making it seem that the requests originated from it.

Imagine using a remote computer from another location to download files, send emails, and other such operations.

Naturally, the service you’re using on the remote PC will detect the PC as being the originating point of the operations.

Therefore, if you’re trying to unblock Roblox from a free proxy server, you may notice incredibly slow speeds or even disruptions.

In this case, you’d be better off trying a VPN, or at least switching to a paid-for proxy server.

Using Tor to unblock Roblox is not exactly effective, and should be treated more like a proof-of-concept, just to demonstrate that it works.

The reason why we advise against using Tor to unblock Roblox is the slow connection speed you’ll be facing.

More so, you could be unfortunate enough to land on a malicious Tor exit node, which would translate into your connection being monitored by various malevolent agents.

Therefore, you may use Tor to unblock Roblox just to see that there’s nothing wrong with your connection, but we recommend using a VPN for the long haul.

To sum it up, if you need to unblock Roblox on your PC for whatever reason, there are many ways you can go about it.

Using a VPN is currently the best way to unblock Roblox, but you can also use a proxy, smart DNS, or Tor.

However, using Tor may prove to be incredibly slow, not to mention unsafe, so you’d be better off sticking with the other three methods.