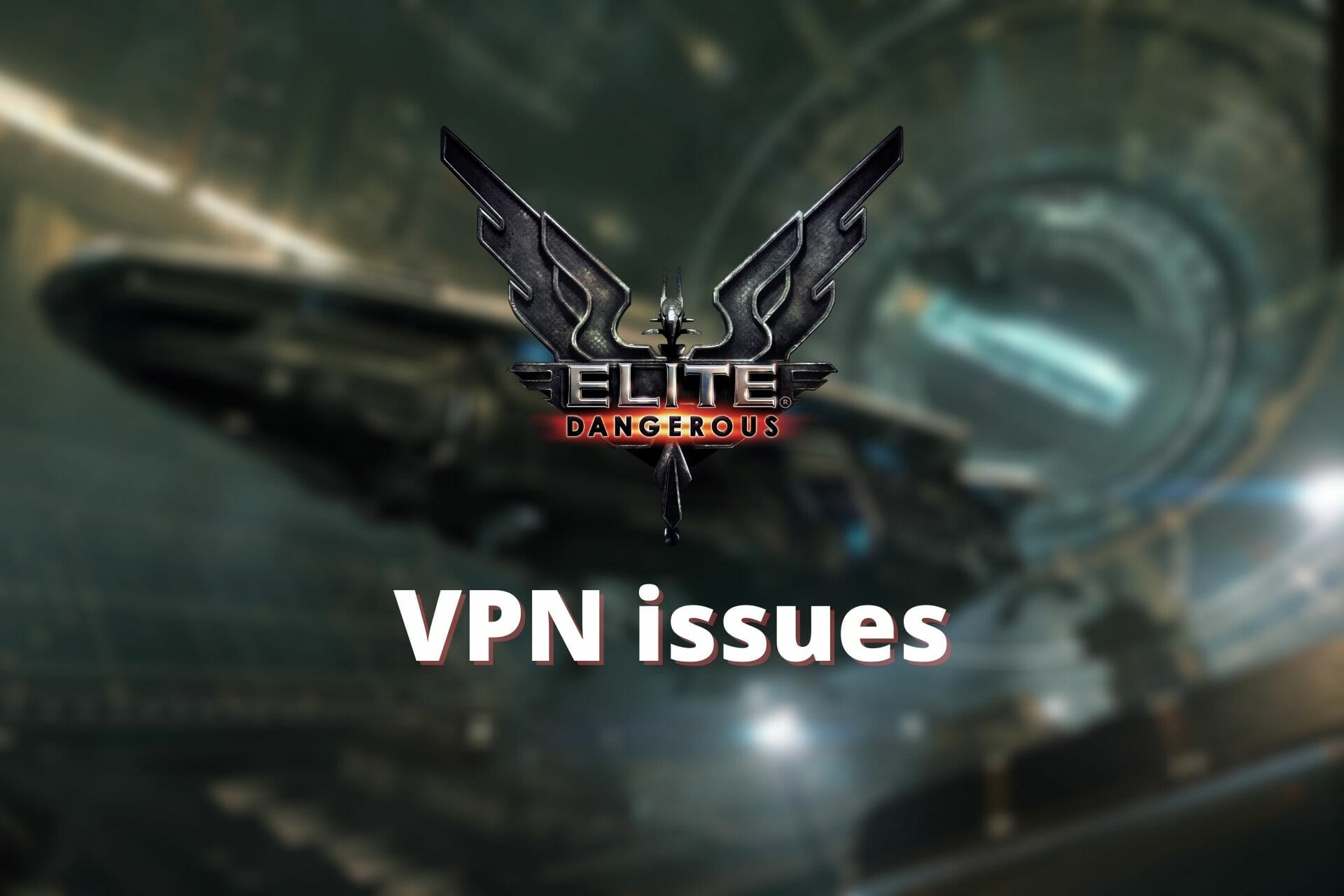 Elite Dangerous is a popular space simulation game that can be enjoyed in both singleplayer and multiplayer mode.

It goes without saying that for many the multiplayer mode is more appealing than its singleplayer counterpart.

Elite Dangerous’s Open Play is a massively multiplayer persistent world, which means that it can take a toll on the game servers.

Fortunately, you can avoid connection issues and geo-restrictions while also keeping your privacy safe by using a VPN.

However, sometimes Elite Dangerous might not work as intended from behind a VPN connection.

If Elite Dangerous refuses to work with a VPN on your PC, check our guide and learn how you can fix it.

How can I fix Elite Dangerous not working with VPN?

1. Use a different VPN server

By far this is the most overlooked way to fix various VPN issues.

Many VPN users assume that just because a server doesn’t work as it should, the VPN is broken, which is often not true.

With that in mind, we recommend you disconnect from the current VPN server and choose another one.

Make sure to choose nearby servers, as those that are closer to you physically tend to be faster and have lower ping.

It’s not exactly unheard of that overzealous security software on your PC can have a negative impact on your VPN’s functionality.

For that reason, you might want to check and make sure that your antivirus and firewall don’t have anything against your VPN.

The quickest way to do so is temporarily disabling them and checking if there’s any improvement, but we wouldn’t recommend it.

Instead, you could manually add exception rules (whitelisting) for your VPN for both your antivirus and firewall.

However, if you’ve set your mind on disabling them, there’s little we could do to stop you.

One small recommendation, though: try disabling them one at a time to see who’s the real culprit instead of leaving your system completely exposed all at once.

Maybe you’ve heard of people who regularly clean their cached data to avoid technical issues and found it ridiculous.

Well, today’s the day when you’ll be joining them, because guess what? Cached data build-ups are a real issue.

Since DNS data is a good example, we’re going to get rid of it together and check if this fixes your Elite Dangerous VPN issue.

On your Windows PC, perform the following steps:

Once you computer comes back to life, you can reconnect to the VPN, then launch Elite Dangerous and check if there’s any improvement.

If you have an ISP-assigned DNS, you could try using a free public DNS instead, such as the one from Google or Cloudflare.

Note that in our instructions we’ve used Google’s public DNS servers, but feel free to use whichever DNS provider you want.

More so, if your connection doesn’t obtain its DNS servers automatically, you might want to write down your current ones.

That way, you can easily replace them later without bothering your ISP.

5. Use a different VPN protocol

VPNs generally offer multiple protocols you can easily switch through if you want.

While most VPNs rely on OpenVPN by default, some services use more exotic protocols such as IKEv2 or, why not, WireGuard.

To make sure your Elite Dangerous VPN connection issue has nothing to do with your protocol of choice, just choose a different one.

While you’re there, try switching to a different port, if possible, and check if Elite Dangerous works each time you change a setting.

All things considered, if you’re trying to play Elite Dangerous behind a VPN and it doesn’t seem to work, we’ve got you covered.

More often than not, these issues tend to go away by themselves after a while.

You can try our suggestions one by one and we’d recommend you avoid skipping either one of them.

We’re confident you’ll eventually find a fix that will make Elite Dangerous work with your VPN once more.