Destiny 2 VPN ban: What is it and how to avoid it 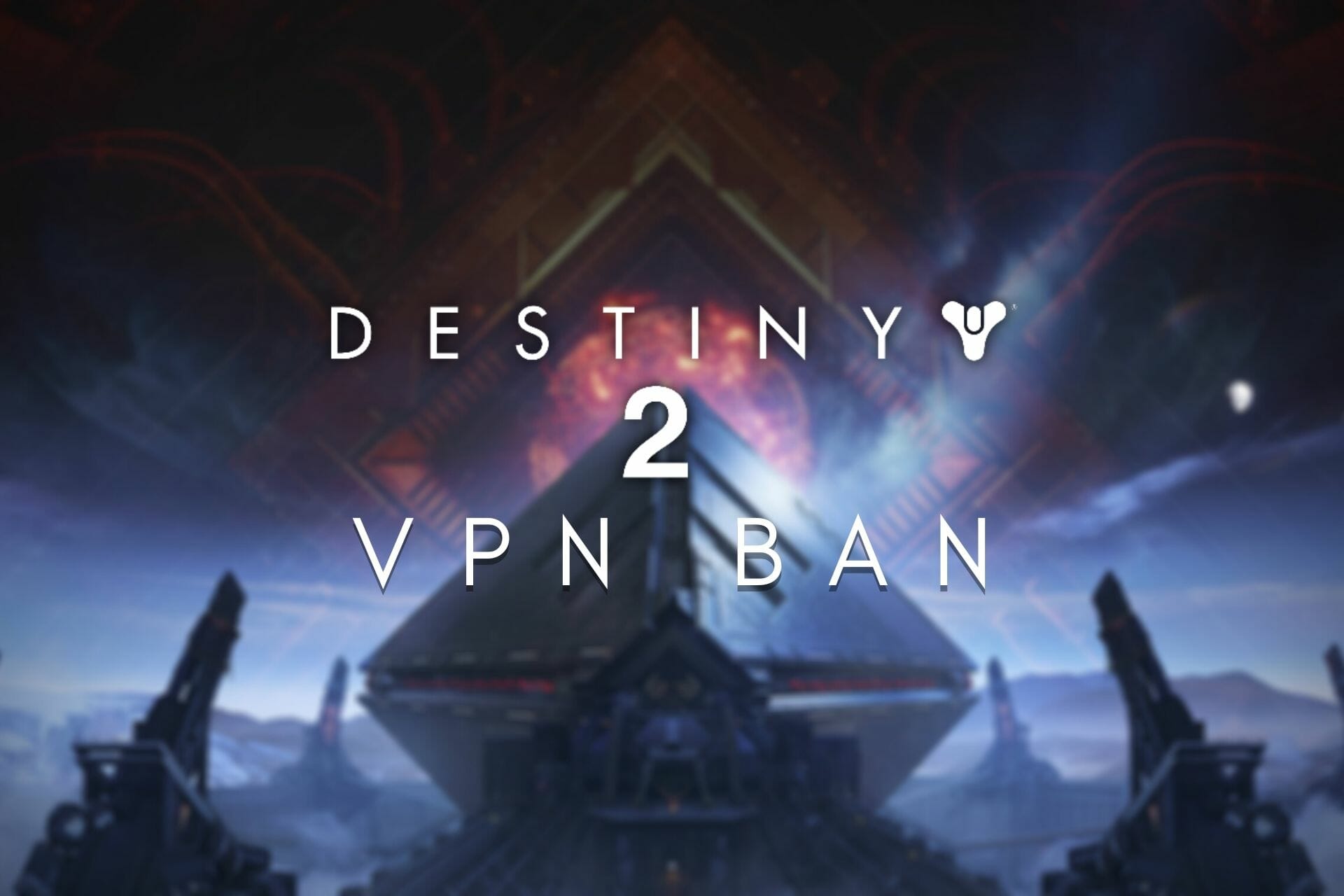 Destiny 2 is an awesome free-to-play online game enjoyed by millions of players in the whole world.

If you’ve played any online game before, you probably know already about lagging, packet loss, and geo-restrictions and how using a VPN can help you overcome them.

On the other hand, a worrying amount of users talk about how using a VPN can get you banned from Destiny 2.

In our guide we’ll help you learn more about this topic and how to avoid getting banned in Destiny 2.

Does using a VPN get you banned in Destiny 2?

Long story short, using a VPN doesn’t and shouldn’t get you banned if you’re using it to play Destiny 2.

Bungie’s Terms of Service forbid you from using any third-party tool that may help you get the upper edge in a game.

These tools include, but are not limited to trainers, mods, autofire, aimbots, and anything else that modifies the game to give you an unfair advantage.

Therefore, if you’re not doing anything shady with your VPN, there’s no reason for you to receive a Destiny 2 ban.

However, it’s worth mentioning that a lot of players complain about VPN users in-game.

Apparently, during PVP, where latency is best kept at a minimum, VPN players can inadvertently make other players lag.

This, in turn, could give them an advantage as well as an opportunity to increase their frags at the expense of other players’ loss.

A VPN could increase the latency of other players, but not without also making the game unplayable for the VPN user itself.

We suppose it could be possible to connect to a far-away VPN server that has huge ping to troll other Destiny 2 players.

However, that’s a far stretch and it’s not likely that you’ll get banned from simply using a VPN to play Destiny 2.

Can I use a VPN with Destiny 2?

In fact, there are regions or networks where Destiny 2 may be restricted, so using a VPN would be the only way for some to enjoy it.

Additionally, using a VPN on throttled networks has been proven to improve in-game ping and curb packet loss.

However, there are a few things you should take into consideration if you plan on using a VPN with Destiny 2.

First of all, make sure that you choose a VPN that’s fit for Destiny 2.

Free VPNs are out of the question since they’re not only insecure, but they also have the bad habit of slowing down your connection greatly.

Once you’ve got a sturdy VPN locked in, make sure to choose a fast server.

A rule of thumb is that the closer a server is to you (physically), the faster your VPN connection will be.

Last, but not least, make sure to always use the fastest VPN protocol available (WireGuard, if the VPN supports it).

All things considered, using a VPN with Destiny 2 won’t get you banned.

Other players may frown upon this, as they believe VPN players increase their in-game latency, and you could expect to get reported.

We suggest you play Destiny 2 without a VPN if possible.

However, if your situation impedes you from enjoying Destiny 2 without a VPN, at least choose a fast, reliable one.