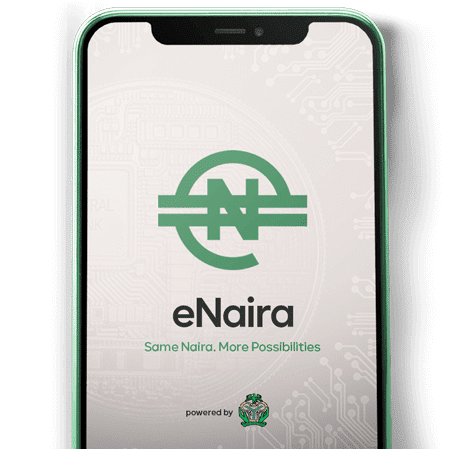 A Nigerian digital currency, eNaira was issued and regulated by the Central Bank of Nigeria (CBN) around 4 weeks ago, almost close to a month. The eNaira has been adopted by so many bank systems in Nigeria, such as GTbank, EcoBank, Access Bank, and others.

But for some reason, the eNaira app was unfortunately deleted from Google’s Platform and it was not even up to 48hours after being uploaded on the platform. Even after the removal, Apple still retained the app on its platform.

The removal was linked to numerous negative reactions and low-stars reports. Where users reportedly complained of several issues, such as not receiving verification emails and failure to link their Bank Verification Number to the platform.

The eNaira is available in two apps: eNaira speed wallet and eNaira merchant wallet. For starters, eNaira was developed by the fintech company, Bitt, the creator of CBDC in some East Caribbean countries. The app might be re-uploaded on Platstore, after bug fixing.

If you are still confused about what eNaira is all about, GTbank said that the eNaira is a Central Bank Digital Currency (CBDC) issued by the Central Bank of Nigeria as a legal tender. It is the digital form of the physical Naira and can be used the same way as cash.

Guarantee Trust is among the first bank in Nigeria to adopt to eNaira system. GTbank said “Your eNaira wallet offers a great way of making purchases with retailers on-site, transferring or sending money while tracking rewards programs.

“You can link the e-wallet to your bank account or pay as you go with a prepay option. …In addition, the embedded security token system makes your information unreadable to fraudsters because tokens are randomly generated every time you make a payment.”

How to activate eNaira

To start using the eNaira app, follow the below quick instructions:

The eNaira app is available for download on Android and for iPhone, iOS devices via Apple iTunes. Here are a few details, FAQs about the eNaira platform:

Will the eNaira replace cash?

No, it will circulate alongside cash. The eNaira will complement cash as a less costly, more efficient, generally accepted, safe, and trusted means of payment.

As an eNaira holder, am I assured of data privacy?

Yes. Similar to the privacy enjoyed by current online banking patrons, the eNaira system has been designed to ensure data and user privacy. There are also operational policies and procedures in place to protect users’ identities and privacy.

Is the eNaira safe?

e-Naira is safe and secured with cryptographic techniques against counterfeiting, cloning, and other forms of attack.

What makes eNaira different from the funds in my bank account?

eNaira is a digital currency and is a direct liability on the Central Bank of Nigeria while the money in your bank account is Naira held as deposit liabilities by the financial institution.

The Nigeria central bank digital currency (CBDC), eNaira was launched by President Muhammadu Buhari at the State House in Nigeria’s capital Abuja. Atlantic Council’s CBDC tracker said Nigeria is one of the five countries in the world to develop an official digital currency.

Before the launch, CBN governor Godwin Emefiele noted some benefits of the e-Naira – increased cross-border trade and accelerate financial inclusion. Emefiele confirmed that 500 million eNaira ($1.21 million) has already been minted, after the launch.