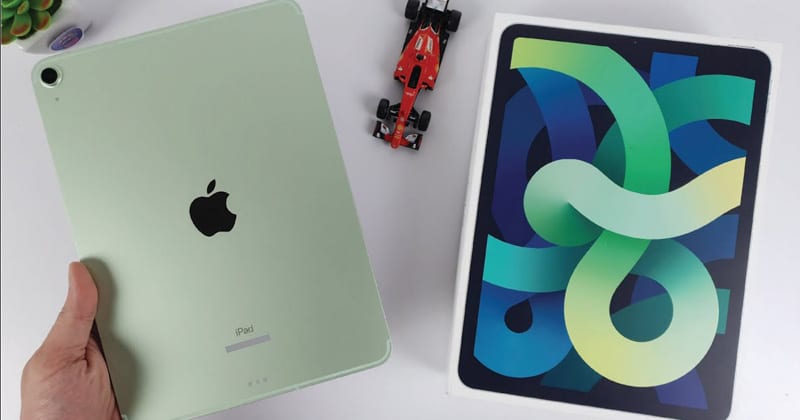 With hundreds of choices, it becomes difficult to pick a perfect tablet. Choosing the best tablet is never an easy task. You need to look at various things. If you are a gamer, you would like something powerful. Similarly, if you are a photo editor, you would like a tablet with good cameras.

Although tablets’ trend is decreasing with each passing day, it still bridges the gap between a smartphone and a laptop. You will find many users being comfortable with tablets instead of laptops. Compared to mini laptops, tablets are easy to carry, and they can fulfill all your tech needs.

Best Tablets in 2021 – New Tablets You Can Buy Right Now!

As of now, there are hundreds of tablets available on the market. With so many choices, it’s bound to feel confused. So, we have decided to ease some pressure off you by sharing a list of the best tablets in 2021. All of these tablets were available in both offline and online marketplace. So, take a deep breath and explore the list of best tablets you can buy right now.

If you are into Apple products, you would surely like the iPad Pro 11. Although Apple products were expensive, they are well worth the price. What makes iPad Pro 11 unique is that it provides you laptop-like experience when it comes to design and performance. The tablet is known for its excellent display, superb speakers, and great screen-to-body ratio.

If we talk about the specifications, iPad Pro 11 has an 11 inch IPS LCD screen with a 120Hz refresh rate. It has a scratch-resistant glass with an oleophobic coating on the top of the screen for protection. iPad Pro 11 runs on iPadOS 13.4, and it can be upgraded to iPad OS 14.4. Along with that, there’s an Apple A12Z Bionic chipset powering the tablet. Also, iPad Pro 11 is available in multiple variants.

If we talk about the tablet’s specification, iPad Air 4 features a massive 10.9-inch display, and it runs on the iPadOS 14 operating system. There’s an A14 Bionic chipset, 64/256GB of internal storage under the hood.

If we talk about the camera specification, iPad Air 4 has a 12 Megapixel rear camera and a 7 Megapixel front-facing camera.

The tablets come with a massive 13-inch touch screen display with 2880×1920 pixels resolution. Apart from that, it got a powerful octa-core Microsoft SQ1 processor, 8GB of RAM, and 128GB of internal storage.

When it comes to the Android tablets, Samsung always seems to be a great option. Samsung Galaxy Tab S7 Plus is one of the best tablets that Samsung has ever made. The tablet is powerful, has an excellent display panel, and good sets of cameras.

If we talk about the Samsung Galaxy Tab S7 Plus specification, the tablet features a massive 12.4 inch Super AMOLED display with 2800×1752 resolution. Along with that, the display also supports a 120Hz refresh rate.

A Qualcomm Snapdragon 865 Plus processor is powering the tablet, and it has a dedicated graphics processing unit – Adreno 650 for playing graphic demanding games. The tablet is available in three variants – 128GB/6GB RAM, 256GB/8GB RAM, 512GB/8GB RAM. As far as the cameras are concerned, the tablet has a dual camera on the back, one at the front.

Well, iPad Mini might not be the perfect tablet, but we have listed it because of its price tag. Launched in 2019, and it’s still one of the most powerful tablets that you can have in 2021. Apple iPad Mini features a 7.9-inch touchscreen display with a resolution of 1536×2046 pixels.

Some of the drawbacks of iPad Mini were the thick bezels, one-sided speakers, and its incompatibility with 2nd-gen Apple Pencil.

Lenovo Tab P11 Pro is another best Android tablet on the list you can use in 2021. The tablet is affordable than Samsung Galaxy Tab S7 Plus. The tablet sports a massive 11.5-inch display with 1600×2560 pixel resolution.

If we talk about the specifications, the tablet has a Qualcomm Snapdragon 730G processor, Adreno 618 GPU, 128GB of internal storage, and 4/6GB of RAM. On the camera front, the tablet has a 13MP+5MP sensor on the back, and on the front, there’s an 8MP+8MP sensor for selfies.

Despite being dual camera setup on both front and back, the tablet struggles on the camera front. Also, the processor is not much powerful for gaming.

On the specification front, Samsung Galaxy Tab S6 Lite has an Exynos 9611 octa-core chipset, Mali-G72 MP3 GPU, 64/128GB of internal storage, and 4GB of RAM. On the back, the tablet has 8-megapixel cameras with HDR & panorama support, and on the front, it has a 5-Megapixel camera for selfies.

The tablet is known for its affordable price tag and attractive design. It runs on Android 10 out of the box, and it can be upgraded to Android 11.

Although not very powerful, Samsung Galaxy Tab A 10.1 is still one of the best Samsung tablets that you can purchase today. The tablet was launched way back in 2019, and it’s still available in online and offline stores. It sports a massive 10.1-inch display with 1200×1920 pixel resolution.

Under the hood, there’s an Exynos 7904 processor powering the tablet. Although the processor is not very powerful, it can run almost all games in a low or mid graphics setting. Apart from that, the tablet has a Mali-G71 MP2 GPU, 32//64/128GB of internal storage option, and 2/3GB of RAM.

Although many users might not like to purchase tablets from HUAWEI because it’s banned from using Android, this tablet is good in terms of value for money. Guess what? The tablet is fast, lightweight, and has a fantastic display.

The tablet has a massive 10.1 inch Full HD display with 1920×1200 pixel resolution. There’s a powerful octa-core 2.36GB processor under the hood, which is excellent for gaming. Apart from that, you get 256GB of storage and 3GB of RAM.

Well, this is the last tablet on the list; and it can give you a PC-like experience. Almost all Microsoft tablets were expensive, but they are all worth the price. It’s a Windows tablet that can be converted into a PC. The base variant of Surface Pro 7 has an Intel Core i3-1005G1 processor, 4GB of RAM, and 128GB of SSD.

Other than that, you get an accelerometer, gyroscope, magnetometer, and ambient light sensor. Also, the tablet has dual mics, stereo speakers, and WiFi 6/Bluetooth 5 connectivity option.

These are the ten best tablets that you can purchase in 2021. I hope this article helped you! Please share it with your friends also. If you know of any other great tablets, let us know in the comment box below.

Tags: Curated, Home, How To, TechViral